On Wednesday evening, I watched several Republican Presidential candidates engage in a spirited debate. Actually, in retrospect, that’s what I tuned in to watch; what I got was a discourse in “he said-she said” political dodge ball. Governor Romney took shots at Governor Perry, Perry returned fire and Michelle Bachmann stood glassy eyed to the side. Several of the candidates were completely unfamiliar to me, but seemed to have the same “I can create jobs” response that was the standard answer to the evening. The other stock answer, of course, was “I can fix Social Security”, or a Tea Party variation, I’ll stop Social Security; it’s just part of big government.

Representative Ron Paul scares the dickens out of me, his answer is just let everything flow to its own natural level. He actually suggested we remove all banking regulations, because, if bankers know there will be no bailouts, they’ll be more honest. Seriously?
The former Governor of Utah, John Huntsman appeared deep, philosophical, and a statesman. In the business world, we would refer to Governor Huntsman as an “empty suit”. I believe we have that wardrobe well filled with the current resident of the White House. Senator Rick Santorum of Pennsylvania had nothing to say and took too long to say it. Exit left. 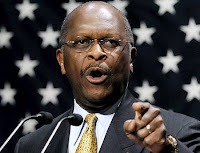 Here’s what really struck home: Georgia businessman Herman Cain addressed problems with solutions, rather than the general political rhetoric of Romney and Perry; yet he has been dismissed as an irrelevant candidate. Newt Gingrich, former Speaker of the House, also had actionable plans to fix some of our nation’s problems. He, too, was pretty much ignored by the moderators. The battle is clearly between Romney and Perry. Unless Sarah Palin believes she can grab more headlines by teasing us with her candidacy. Palin dismisses the fact she is America’s most polarizing candidate; with the highest negativity ratings of any of the candidates; she’s selling books. 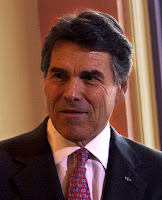 There are many more debates to be held and more political dodge ball to be played. Over time most of the candidates will shoot themselves in the foot. Perry, most likely, will be one of the first, since he tends to carry a weapon when he jogs. Perry, I thought, made a major error when he dismissed global warming as part of his dismissal of the notion we have contributed to the problem with our emissions. I imagine he would hold to the belief that earth’s Ice Age was also fiction, since there were no scientists available to prove or disprove the fact the planet was frozen.
How bad has our political process become? Recently former Vice President Dick Cheney suggested Barack Obama, for the good of the party, step aside and let Hillary Clinton seek the Democratic nomination. Did Cheney actually suggest the most competent politician of our time is a Democrat?
The bitter regurgitation of our political culture has paralyzed our nation. Last night, the President gave his American Jobs Act speech. The disrespect shown him by several Republican legislators was treasonous, if I may borrow Rick Perry’s use of the word. These elected officials didn’t feel they needed to hear suggestions to fix our unemployment crisis. I hope their constituents don’t feel the need to cast their votes for them at the next election. Let them get a first hand lesson in unemployment. And while the President “attacked” the political circus, he became the ringmaster by referring to the Republican Party 18 times in his speech. To me, it was a George Bush “bring it on” moment. The ideas he presented, he proudly noted, had bipartisan support. Then please explain why they haven’t been enacted. And while the President attacked business loopholes that allow companies to avoid federal taxes, the CEO of General Electric sat next to the First Lady. GE has been the poster child for the tax “evasion” tactic, reportedly paying $0 in federal taxes last year.

A final thought. There’s an old business adage that says it takes money to make money. A loose translation would suggest if I spend money, someone will make money. I firmly believe in supporting small business, but if I have no money to spend for their products or services, we’ve just made another bad loan. The President proposed extending unemployment benefits and giving businesses tax credits for hiring people who have endured long term unemployment. That’s a Catch-22. If I were running a business and had plans to expand, I might consider putting the entire project on hold. Why hire now if I can get tax credits in six months when Congress considers some form of the proposal? For that matter, perhaps I’ll wait until gas prices fall to under $2 a gallon before my next fill-up.
America is crying out for leadership. Is the Congress so selfish they will sacrifice the American work force to defeat President Obama next November?  I think many of us agree President Obama has failed to meet our expectations. But he certainly got one thing right last night: the next election is 14 months away and we can’t wait that long for solutions.