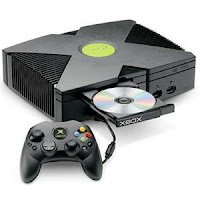 Years ago, when my kids were still pre-teen, my wife and I decided to take a class in better parenting. The kids were becoming rebellious: the standard stuff like disregarding requests, not doing their chores or their homework. In those days, we didn’t have Xboxes and Play Stations to take away, and we couldn’t cut Internet time, so we didn’t have much “leverage.” The solution, the class taught, was the “law of logical consequences.” Essentially, the “law” states that you don’t make a threat when your child disobeys, you make a commitment. If you fail to pick up your toys, I will pick them up for you and give them to a child who will appreciate them. Your child will test you once, and if you stick to your end of the bargain, you can usually give the toys back and make your point. If not, some under-privileged kids will be very happy.
This “law of logical consequences” doesn’t end at childhood. As adults, we know if we commit a crime, the logical consequence will be an arrest. If we speed, we’ll likely get a ticket. So what is the logical consequence if we cut expenses and cut taxes? Now, I admit my slightly liberal bias; I was, after all, raised in the East. But are we really thinking about the consequences? Study after study shows our nation falling behind in education and yet, we’re talking about cutting the budgets of our school systems. I’m the first to admit that some of the money isn’t wisely spent. I’ll acknowledge that some of the cuts make sense; for example, cutting testing for steroid use in high school athletes. Parents have a responsibility to know what their kids are doing. Educators have enough on their plate that they don’t need additional parental responsibilities. But if we fail to give teachers the proper tools our kids will only fall behind at a faster rate. And if we fail to properly compensate our teachers, we won’t get qualified teachers in the classroom. It’s a logical consequence.

Recently, a friend was in a serious head-on collision. Thankfully, her new SUV had all the new safety equipment and she was able to walk away from the accident. The other driver, heading west on Memorial, hit a pothole, lost control of his vehicle and swerved into the eastbound lane. Those who live in West Houston know the condition of our streets. Memorial Drive, Kirkwood, Wilcrest, and Dairy-Ashford are in deplorable shape. Think of a ride on any of these streets as a ride in a paint mixer. A drive on these roads takes years off your vehicle: rims are wrecked, tires are ruined, and shocks wear faster. It’s a logical consequence. If you cut road repair services, or fail to repave roads for 20+ years, accidents and damage will inevitably follow. I suggested to my friend that she consider legal action against the city to force the road repair. Apparently, in some matters, this being one of them, you can fight City Hall, but you can’t sue it.﻿﻿
Here’s a touchy subject. Healthcare. A non-partisan Senate committee determined overturning the recently passed Healthcare bill would cost the government more than it would save. The Republican leadership says they don’t believe the report, even though it was jointly written by Republicans and Democrats.

Democrats of course, say, “see … we told you so.” I don’t know who has the better handle on the situation. Here’s what I do know: healthcare is expensive. My COBRA benefits recently came to an end and I had to find private coverage. A basic policy, with relatively high deductibles costs as much for my wife and me as our mortgage. Before my extended COBRA benefits ended, I made sure to get refills on all our necessary medications. Knowing our coverage ended on December 11th, our refills were mailed on December 3rd. This weekend, I received a statement from the insurance company telling me I owned them $935, because the prescriptions were filled on December 13th. Seriously? I did my homework. I called the mail-order pharmacy and confirmed our prescriptions were entered into the system on December 9th. They also confirmed the insurance company authorized the prescriptions. Now, the insurance company is penalizing me, because their mail-order house sat on the prescription order for days after receiving approval to fill the order. We may not be able to fight City Hall, but I certainly can fight the insurance company. The point here isn’t so much David vs. Goliath, but again, the law of logical consequence. Two prescriptions, not particularly “exotic” medications, come in at $935. Go ahead, cut healthcare benefits. We’ll put a strain on the healthcare system of epidemic proportions when people can’t afford their medications. Did I say, “when?” Fixed income seniors with Medicare are already struggling with their medical expenses. Add to the list unemployed without medical benefits of any kind and we have the recipe for a national crisis. Last week on the local news, I saw a report where someone went to the Emergency Room at Ben Taub Hospital. After waiting for several hours, the patient decided to leave. He never saw a doctor. He did receive a $100 bill later in the month for emergency room services. 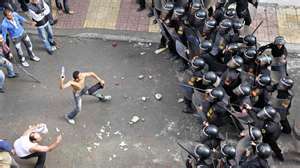 Logical consequences. You can’t get away from them. Ask President Mubarak of Egypt. Thirty years of martial law and his country is in chaos. But, he’s a tricky one, this Mubarak. He’s letting the people protest and not doing anything to stop them. His strategy? Eventually, they’ll grow tired, leave the streets, and go home. I wonder if that’s when the bill will come. It is, after all, the law of logical consequence.