For someone who lives by the power of words, I find I have little to say these days. And, truth to be told, many times I find it better to remain silent than to share my views for fear of being attacked by the piranhas of disagreement. 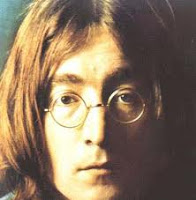 In “Give Peace A Chance” John Lennon wrote a verse about Bagism, Shagism, Dragism, Madism, Ragism, and Tagism. Today, I wonder if he would change his lyric to “Conservatism, Liberalism, Socialism, Capitalism, Racism, Atheism, and Evangelism.” By the way, there are 887 words in the English language ending with “ism” according to http://www.morewords.com/ends-with/ism/. Somehow I don’t find it comforting that most every cause has an “ism” in its name. It’s probably not a coincidence that there are 1187 words that end with “ist”, including , socialist, capitalist, racist, atheist, and evangelist.

In today’s world, we’ve all become experts. We listen to talk shows, hear what the commentator says and his/her opinion becomes ours. We don’t think for ourselves anymore (or any less, I imagine); we just let someone else fuel our internal fires to help form our opinions. In statistics, there is always a way to twist the numbers to make your point. One can say the candidate came in dead last; the other can say he finished second in a two man race. For every fact blaming Obama for our economic woes I’ll bet we can easily find a similar fact laying this mess on the previous administration. One economist will say America got into trouble with Bush tax cuts; another will say our economy grew during the Clinton years when we had higher taxes. Both arguments ignore regulation/deregulation (neither of which is inherently evil), or the failure to close the loopholes of those policies allowing World Greed to fester. 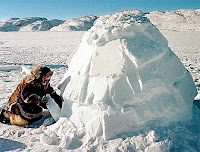 Here’s a simple solution, suggested by a “friend” on Facebook: “If you are starving, you go where the food is. If you need a job and can't find one, move to where the jobs are. It's just that simple.” Now, why didn’t I think of that? Suppose I’m an igloo maker in Alaska and we have an unseasonably warm decade (I wouldn’t dare call it Global Warming); I’ll just move to Texas where the jobs are (as Governor Perry insists) and build igloos in Houston. The only problem is the Igloo Factory just outside of Houston only has 21 openings and all require bilingual candidates. Anyone see a problem with that? 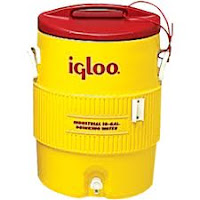 I replied to the Facebook post, “isn’t that a bit simplistic?” Then, another person responded with, “Simplistic? There are millions of people who refuse to leave their "home town" because "that’s where they've always lived.” Therefore they stay on unemployment for 99 + weeks. When it is time for guys to find new employment, we move from North Dakota to Texas ... and to the east or west coast if necessary. You have to go where the job is! Sitting on your ass because you are "home" isn't an option. "Home" is wherever you end up.”

Based on this reasoning, if I’m unemployed but my wife is working, I should stop sitting on my lazy ass, learn Spanish, and move to Texas. Fortunately, I’m already here. But I confess that I haven’t started my Spanish lessons.

Here are some numbers for my "simple solution" friend to consider:
Clearly, our educational system is in more trouble than we realize. 14 million "lazy" Americans haven’t figured out that all we need to do is move to where the jobs are. Quick. Get me the number for Mayflower or United Van Lines, better yet; U-Haul. It’s just that simple.