Years ago, Nike created a memorable marketing campaign with “Just Do It.” The concept was “don’t procrastinate,” “don’t find excuses to fail,” - Just Do It. Of course, Nike had the equipment to help you get it done. People were motivated and sales rocketed. Too bad we can’t take this “just do it” concept and move it into our daily lives. But we no longer stop at procrastinating. Now, many of us go out of our way to say it – but not do it. I’m not talking about losing ten pounds and then gaining three; or, putting off a house repair for a variety of excuses, some valid, others not. Although those certainly qualify. I’m referring to things like a friend who says he’ll call and doesn’t. That’s happened to me more times than I can count, but that’s because I usually stop when I run out of fingers. No sense going to the toes, it only adds salt to the wound.

What really bugs me is when I contact the friend and point out he/she failed to call, they dismiss it as no big deal. Not that my schedule is that busy these days, but still, I gave up something to wait for a call that never came. I might have wanted to start some yard work, or go to a movie. Winston, my Yorkie, likes to take me for walks. So, to me, being “stood up” is a big deal. It’s ok if I waste my time; it’s not okay if someone else does.

I attended a sales seminar last week. The speaker was trying to get me to own my own “business.” My very own Travel Club. It could make me rich. He’s a millionaire so I can be, too. After all the claims were delivered, our motivational speaker saw I wasn’t convinced. I noted his math didn’t add up, that my “business” was the same website as everyone else in the club and that while he said no sales would be involved, my income would be dependent on how many friends I signed up for the program and how much travel everyone bought. As a last resort, he suggested I “just do it.” Take a leap of faith and figure it out on the way down. If he had thrown in a Nike parachute I might have given it more thought, but my mother used to ask, “If someone told you to jump off a bridge, would you?” (FYI, the correct answer is no).

For years, Comcast told us how they were “Comcastic.” At least for me, they didn’t live up to the promise. AT&T Uverse promises a better experience. Today, I learned I can’t dial 311 (city services) on my phone, or 411. I have to get regular AT&T phone service for that. I thought I had the “latest and greatest” in communication only to find out the old land line does something the new digital service can’t. Can I dial 911? The customer service representative assured me that will work. I’m not looking forward to finding out – one way or the other.

Last night, my wife was wondering how we can get some of the secondary digital channels we see promoted on the local stations. I took out my channel guide, went through 400+ “channels” and not one was the secondary broadcast from our local stations. Undaunted, I called customer service and asked where I might find these broadcasts. He referred me to the website. He was too lazy to get my answer, so he thought I should just do it. He did, of course, thank me for calling and told me to have a nice day. By the way, the website has no information on local channels, so I thought I’d call a local station to get the information. The switchboard operator understood my question, but apparently no-one in management had the foresight to prepare her for such a question. With Uverse growing so rapidly, one would think that a TV station, with a vested interest in promoting their product, would make sure their programming is available on Uverse. Perhaps it’s a cost vs. reward conundrum.

But “thinking” isn’t always a management strong suit. My latest example is from our beloved City of Houston. Mayor Anise Parker ran on a platform of fiscal responsibility. Who better than her, she asked, is able to control city expenses? I could.

Apparently, effective in April, the city decided that all yard waste must be placed in city approved biodegradable plastic bags. A great idea. I just wish they had told us. In the last several weeks, I’ve received at least four letters from Waste Management Services informing me of pick-up and recycling schedule changes. In not one of those letters did anyone mention the need for special bags. On Sunday evening, I placed my yard waste at the curb in recyclable-biodegradable paper bags for Monday pickup. The bags even say “ideal for composting.” My bags were left behind, with a green sticker informing me of the change to the rules. Channel 13 ran a story last night telling viewers of the new regulations. By then, it was too late for my neighborhood. I guess Dave Ward didn’t consider the story “breaking news.” So, with deference to State Farm, like a good neighbor, I pulled my yard waste bags back to my storage area only to hear the trucks come and pick them up the next morning. By the way, that’s when I learned I couldn’t make a 311 call on Uverse! 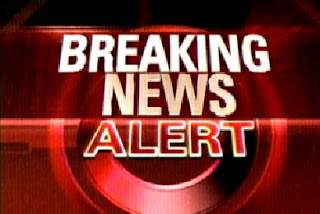 I called City Hall (they have a real phone number) and spoke with a very nice City Services Representative. She explained the new law and said that if they left a sticker on your bag they would come back the next day to pick them up. “How was I to know this,” I asked? That information wasn’t on the sticker. It was an “I gotcha” moment. I also asked where I could find these special bags. The representative gave me a list of places such as grocery stores and hardware/home improvement stores. I’ve been in each of them several times over the last month and I have yet to see any display saying “here they are … you must have these.” Clearly, I wasn’t alone, my street was lined with unrecyclable plastic yard bags; and only a few lazy neighbors were rewarded for their lack of effort when the trucks returned the following day.

Now, if I were Mayor, I would have made sure the TV and Radio stations had the information BEFORE the bags were needed, not the day after. I would have made sure the Sunday Chronicle carried the story on the front page of at least the local section. I certainly would have included the message in any of the countless letters that were mailed to every household in the city. And, I would have picked up the yard waste bags and left a note in the mailbox or front door. Instead, they fired up the trucks a second day, drove them around the neighborhoods they had just visited and created unnecessary salary and fuel expenses. Let’s not forget Waste Management is now running late for the Tuesday neighborhoods, because they had to retrace their Monday routes. No doubt, on Wednesday, they’ll retrace their Tuesday route. I’m sure this is logical to someone, but I don’t know why they are in management.

Posted by Unknown at 9:59 AM No comments: