Where Are Your Manners? 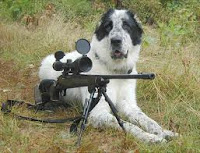 Over the past several years I’ve had to develop some relatively “thick skin”. After receiving several hundred rejections to job applications, “thick skin” pretty much becomes a necessity of survival and sanity. On rare occasions, when I actually get in front of a hiring manager, one of the questions often asked is, “how do you handle rejection?” I have to be careful how I answer, because I wouldn’t want someone to think I’ve given up the hunt and accepted rejection. I want them to know there’s still a lot of hunt left in this old’ dog. So I usually make a light-hearted quip regarding the need to deal with the disappointment and then move on to the next opportunity. Since I haven’t had too many offers, perhaps my answer isn’t as tactful as I’d like to think. 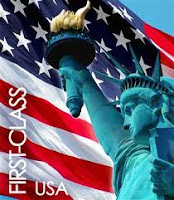 Some companies send very nice rejection letters. They’re careful to say that they have found other candidates more qualified in this specific discipline and wish me the best of luck in my future endeavors. I’m not kidding myself, I know a form letter when I get one, but it’s still nice to be acknowledged. Someone had to lick the stamp.
Other companies handle rejection differently; they simply fail to acknowledge they received your application. It’s probably part of an austerity program, if they don’t acknowledge the application, they don’t have to waste money sending a rejection. With thousands of applications for the lowest of positions, postage adds-up. I understand that, but perhaps they should consider how much an automated email response would cost.
In a sense, I’d rather get a form letter or be ignored than receive an ugly rejection letter. One of the most valuable lessons I learned while working for CBS was how to give people bad news. Even then, the Company knew tact in the dismissal/rejection process would become a frequently practiced skill, soon to be emulated by fine companies like Clear Channel, Cox, and Cumulus. (Perhaps the moral of the story is never work for a company that starts with a “C”). When I had to terminate someone, I made sure they understood why (assuming I understood – many were cram-downs); and I made sure they left with some dignity and the knowledge I wouldn’t “burn” them with a bad reference.

When air talent sent demos for consideration, even if I thought the talent was horrible, I would thank them for their information; explain there were no current openings for which I felt they would be a good fit and that I could keep their information on file for future appropriate opportunities. And then, yes, I would carefully place their material into my circular file. Just under the desk. The custodian would come every night and file it for me, alphabetically by last name, I think.

But yesterday, on a Sunday, no less, I received the ugliest rejection letter I’ve ever seen. I really shouldn’t call it a letter. It was a word. “NO”. This thoughtful reply certainly told me I wouldn’t want to work for this man under any circumstances. Truthfully, I was offended by this two letter response. I put more than 45 minutes into a customized cover letter explaining my qualifications for the job and he managed to respond in a second. That’s assuming he’s a “hunt and pecker” typist. If he’s an average typist, just reduce my description of “hunt and pecker” by the first two words. It would have been far better had this man simply not acknowledged my application.

I’m tempted to write several proper and thoughtful rejections in a generic voice, so that he could use them for future applications. But if his Mama didn’t teach him any manners, I’m sure an email from me saying, “try one of these” next time would only cause this man to kick his dog, or, perhaps one of his employees for whom I have deep empathy.
Perhaps I should give this man the benefit of doubt, and think of his response as a simple “typo”. After all, “NO” is part of “NOTE”. Maybe he simply hit “send” before he had finished typing his note. If that’s the case, would it be wrong for me to respond with:
Dear Mr. Higgins,
I’m sure you meant “NO Thank You”?