I must confess, when I was a kid, I didn’t look forward to family gatherings. My parents would fondly reminisce with my aunts, uncles and cousins about the good old days; and as a well disciplined child, I would either sit and politely listen or find an excuse to go play in traffic. 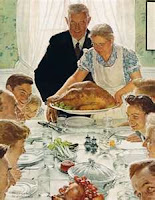 When I became a young adult, with my own family, it got worse. My career took me away from my New England roots and every few years I would return with my family to visit those same aunts and uncles. The conversation still consisted of fond memories; but a new dimension was added. As boasting rights, they would compare aches and pains. One had arthritis, another had a touch of gout (is that like being a little pregnant?), another had bursitis and there was the assortment of bunions, corns, dentures and dietary restrictions. It was painful. At dinner, conversation was more appropriate for the children. While we may be fine watching gory scenes from CSI or Criminal Minds during dinner hours, in those days we limited our dinner conversation to the price of groceries. My cousin Molly would complain about the price of a head of lettuce, my cousin Rae would note the cost of cucumbers and other relatives I could only identify by their sloppy, wet kisses were unhappy with the service they got at the gas station. Attendants were supposed to check the oil and tire pressure while they filled your tank. 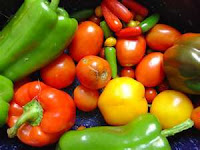 The irony is I have become what I hated.  French novelist Alphonse Karr once wrote, "Plus ça change, plus c'est la même chose."  For those of us who don't speak French, the translation states "The more things change, the more they stay the same."  (In full disclosure, I found this quote on Bing.  I heard it once on an Association Live album; and later the line was used by Kurt  Russell in Escape From LA).

When I travel to a new city, the first thing I do is check out the prices in the grocery store. I actually read the grocery store inserts and compare prices between the supermarket chains. HEB, Kroger, occasionally Randall’s will earn my business. I don’t like shopping for groceries at Wal-Mart or Target. I have a problem putting my food on the same check-out line with engine oil and bicycle tires. And I find myself constantly telling my children the same stories over and over, albeit slightly embellished, about things they couldn’t possibly care about any more than I did when I heard those stories decades earlier.
I see the cycle of life. It amuses me. It concerns me. When I was just starting in broadcasting, I couldn’t get some jobs because I didn’t have enough experience. Now, I have the experience and I can’t get the job because I’m over qualified. Not long ago, I had an HR manager tell me I didn’t make the final cut, because, and I quote: “I was over-qualified; they were looking for someone younger and would take less money.” I’m not a lawyer, but I bet there were a few comments in there that someone with a law degree would find actionable. Surprisingly, I wasn’t upset at those comments. I appreciated the honesty. At least this manager had the courage to tell me the truth. 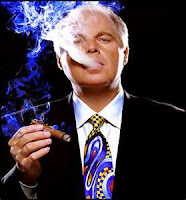 Being raised in the New England, I acknowledge I lean liberal. Particularly when compared to the conservative bent of the south. But I find it more and more difficult to remain on that side of the fence. No, I still think Rush Limbaugh is the devil and a pompous one at that; but I can listen to other conservative commentators these days without shouting back at the radio. Hugh Hewitt and Dennis Prager come to mind as broadcasters with rational arguments in defense of their beliefs. I used to say two kinds of people listen to talk radio: the idiot who wants to hear what the next smart person is going to say; and the smart person who wants to hear what the next idiot will say. I’m no longer sure into which category I fit.
Last week, I started to apply for a job with the American Civil Liberties Union of Texas. The position was for a media relations professional. The job description sounded perfect and I felt completely qualified to pursue the opportunity. Until I hit the final job requirement: “Candidate must be bilingual in Spanish-non-negotiable.” Wait. Isn’t that a violation of my Civil Liberties? Don’t I have the right to speak the native tongue of the country where I was blessed to be born and not be forced to learn a foreign language? Whatever happened to the notion of “When in Rome?” This radical thought frightens me. Have I become a bigot? Is the conservative beast hiding beneath my inherently liberal tendencies? Seriously, America welcomes (perhaps too warmly these days) people from all nations to live the American dream. Our new citizens have the same dream of fulfillment through hard work that has turned into something of a nightmare for the baby boomers that are over-qualified in their fields and lose jobs to our new guests. And please notice I wrote “citizens.” They have earned the right to benefit from America’s bounty. But I’d like to think they’d benefit from taking a citizenship test in English rather than have the questions translated into their native tongue. And why do we speak English in America? Do they speak American in England? Perhaps that was lost in the failed metric conversion. 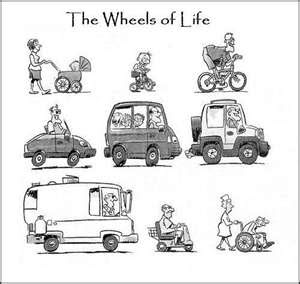 So, here I am, with more time to reminisce. Becoming more like my parents than I ever thought possible. Knowing, with some comfort, that one day, my own children will repeat the same stories over and over to my grandchildren. The circle of life. One day you’re too young to know what you’re doing; the next day you’re too old to know what you’re doing.
By the way, lettuce is usually cheaper at HEB.