Oy. The Joy of Travel

It was a promising start. That should have been my first concern. There was no panic, no last minute rush; just a calm start to a business trip to the Northeast. I had packed the night before, fit everything I needed into my carry-on, pre-programmed radio stations into my radio, got my addresses loaded into the GPS, and had a solid night’s sleep.
The drive to the airport was uneventful. I parked the car and was immediately shuttled to the terminal building. Since I had checked-in online, I had my boarding pass in hand and walked straight to security. I was almost disappointed when there wasn’t even a hint of a potential pat-down or kinky X-ray. Maybe they should call it HD X-Ray or Blue-Ray X-Ray.  People might be more tolerant of the new technology if they thought they could buy it at Best Buy. I even had my TSA officer picked out and was looking forward to our encounter. No such luck. On the bright side, the boarding process went smoothly, and thankfully, there was room in the overhead right above my seat for my carry-on. Since airlines started charging for checking luggage, I never take that for granted. The flight left Houston on time and we arrived in Atlanta several minutes early. That’s when the trip came unglued. 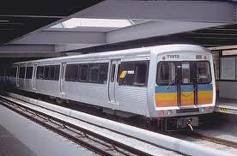 Perhaps you can explain to me the unwritten rule that when you have a connecting flight, the airline almost always drops you off in Terminal A and has your departure in Terminal D. The airport monitors told me my flight was on time, departing at 3:50pm. I had plenty of time to catch the underground tram, find my gate, and even play a bit on the internet. Of course, Atlanta doesn’t play nicely and they consider internet access a money maker and charge for access for anything other than flight information. OK, I’ll check on my flight status. Not that I need it. After all, it’s on the screen above my head. Uh, wait a minute. Online, I’m told my 3:50 departure has been moved to 4:10 from a different gate. No worries, I confirm the gate change and move down a few sections, and arrive just in time to hear the flight had been delayed until 8:30. Why did they have to move me to give me that news? I’m good. Now I have plenty of time to walk the shops, get dinner, and call the wife. Jane-Ann tells me there’s a message from the airline telling me my 12:50pm flight left at 1:05. The message was sent around 3pm when I was already in Atlanta.
The next thing I know, its 6:45 and the board tells me my flight is now leaving at 7:10. Now, I’m scrambling to get back to the gate to get on board and catch the flight. All went well, and I arrived at my destination only 3 hours late. The rental car was there, and my GPS helped make my 40 minute ride to the hotel a snap. Grade for the day … a “B.” Delayed flights because of rough weather are forgivable, but I had to take points off for the recorded message updating me hours after I had departed that we would be leaving late.

Day Two
Meetings went well. Again, a good start to the day. After the meetings, I met with a Regional VP for dinner. Unbelievably, we couldn’t find the hotel restaurant. A quick stop at the front desk and we learned the restaurant was a couple of tables to the side of the bar and we just need to give our order to the bartender. If only she could speak English. The VP ordered a tuna steak, with sides of steamed veggies and rice pilaf. I ordered linguini with shrimp diablo in a red sauce (is there any other when the menu says “marinara?” We were served a few minutes later. The tuna steak turned into a fish sandwich with french fries. My shrimp diablo turned into mushroom alfredo. Easy mistake to make. And since the bartender was cute, we didn’t make a big deal out her screw-up. Later, I learned she rarely got her orders right and that the hotel management was ready to say goodbye. End of day two … grade is a “B.” Great meetings, but points deducted because of a cute, but incompetent waitress. 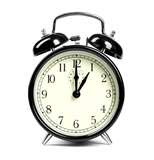 The fun day. Straight out, I’ll tell you the grade for the day is an “F.” No sense in keeping it a mystery. Of course, any idiot who books a 6am flight probably deserves to be punished. So, let’s backtime. 6am flight, 5am at the airport to return the car, on the road by 4:15am, set the alarm for 3:45am. Got it. And good night. Until the alarm went off at 1:30. I’m pretty sure I know the difference between 3:45 and 1:30; apparently, I didn’t know the difference between alarm setting 1 and setting 2. Back to sleep and the backup alarm (my phone) wakes me at 3:45. A quick shower and I’m on my way. And this shower was really quick. It seems the hotel turns off their hot water heater overnight to reduce energy costs. Seriously. And I thought the alarm at 1:30 was jarring.
OK, I check out, head to the airport, drop off the car, and catch my flight. All without a hitch. Until Atlanta. My connection is scheduled to leave at 10:50. Veteran traveler that I am, I make my trek from Terminal D to Terminal A and arrive at the gate with time to spare. Of course, the thirty minute delay helped. At 11:20, I’m wondering why we haven’t started boarding. I wasn’t kept in suspense for long, as the agent announced my flight to Hobby Airport has been cancelled. Not delayed. Cancelled. Passengers trying to make connections from Hobby are panicked, the agents are unprepared, and chaos ensues.
Finally, I was told I could get a seat on a 12:05 flight to Bush Intercontinental Airport; for those who don’t know, Intercontinental is about 30 miles north of Hobby and about a 45 minute ride on a good traffic day. More good news. They would put the passengers on a shuttle and transport us from the big airport to Hobby. Put me on the plane. Just not next to the 250 pound gorilla who hadn’t bathed since he left Malaysia two days ago. Damn, that part wasn’t in my itinerary. Neither was the fact that this was a small commuter plane, with passengers crammed 2x2 like sardines without any oil to help them fit in the tin.

After a smooth flight to Intercontinental, things got bumpy. We were told a gate agent would give us instructions to find the shuttle to take us to Hobby. Surprise! No-one in a red-jacket by the gate. A gate agent told me to go to the main check-in counter in the terminal lobby. As I approached the counter, a “red-jacket” approached to help me check-in. I explained my situation and she sent me to the counter agent. The counter agent sent me to the “red-jacket” and the shuffle began. I was sure I heard “shuttle” back in Atlanta. Finally, the two representatives decided to relieve themselves of the problem and sent me to baggage claim. Of course, I had no checked baggage, so this made perfect sense.


Actually, it did. The baggage manager knew exactly what to do. Forget the shuttle, they’ve never done that; take a voucher for a cab. “Is the tip included,” I asked? “No” was his reply. “Then how is this a free trip” I wondered? Forty-five minutes and $10 later, I’m dropped off at the departure gate after I had asked to be taken to the arriving passenger level of the airport. Finally, I find the shuttle to the parking lot. It’s now three o’clock, I was supposed to be home by 12:15pm. I’ve been up since 2:45 (Houston time) and I’m tired. Not so tired, that I failed to notice I was welcomed with flat tire.

Now, I’m not a rocket scientist, but I’ve changed a tire or two. I found the jack, the lug wrench, and the wheel key; so far so good. I just couldn’t seem to get the wheel off the axle. I tugged, I pulled, and I kicked to no avail. Maybe I’m doing something wrong. I pulled out the owner’s manual and read the “changing the tire section.” I think I wrote it. OK, I’ll call my automaker’s 800 road service number. The operator informs me she can’t give me any instructions, she’s only authorized to provide emergency service. She suggests I call the dealership. I’m glad I’m not paying for this alleged “concierge” service. To my amazement, my service advisor answered her line. “You’re doing everything right,” she said, “the tire should just pull off. Is there any other way I can be of service?” Yeah. Kiss this.
No worries, I pay some $50 a year for AAA. It pays for itself when I rent a car or book a hotel. Today, it paid for road service. The wrecker arrived within 15 minutes of my call (why didn’t I do this first?). My hero, Chris, took one look … gave one good tug … shrugged and went to his truck. Seconds later he came back with a rubber mallet. He just wacked the crap out of that tire, that had to be very satisfying. I doubt he’ll ever need therapy. The tire came off the axle. Five hours later than expected, I pulled into my driveway.
Oh, did I mention my spare tire had a nail it? Let’s not go there.