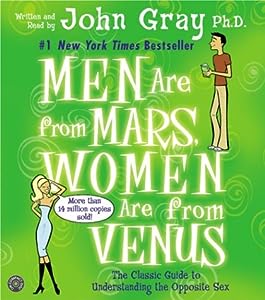 My wife and I may be proof of the old saying, “opposites attract.” She’s a Texan, I’m a Connecticut Yankee. She’s Christian, I’m Jewish. She’s politically conservative, I lean toward the liberal. We do see eye to eye on some things, but that’s mostly because she’s 5’1” and I’m 5’2”.

Back in 1992, John Gray published his book, “Men Are From Mars, Women Are From Venus.” I never read the book. But I suspect he found some empirical evidence that we really do see things differently. For example, my wife loves soup. I like it, too. I just don’t love it. To me, soup is either an appetizer or something to eat when I’m not feeling well. To my wife, soup is an entire dinner.

In fairness, my wife makes great soup. She makes a chicken soup that would do my Bubby proud. She makes a great split pea soup, a delicious beef & barley soup, a knock-out chili (it’s kind of soup) and really good stews. But it’s soup. Liquid. Something I slurp. Loudly. I’d be better off drinking a glass of water. I can do that quietly and I’m far less likely to drip some on my shirt.

Soup is something my wife particularly likes on cold, rainy days. Since I can’t barbeque on those kinds of days, I accept the inevitable potpourri of liquid, vegetables and whatever chicken or beef is in the freezer. But lately, my wife has been working several days a week while I concentrate on finding my next job. She’s the breadwinner. I try to find ways to contribute by running errands, grocery shopping, making dinner, and filing for unemployment.

Yesterday was a particularly wet and cold day and my wife was at work. I thought I’d do something nice and take a stab at making some chicken soup. I found a Jewish cookbook (who knows more about chicken soup) and started the process. I cut up celery, carrots, cabbage, and onions. I found some fresh garlic and ginger. I added some soup stock and bouillon and chicken breast meat. I even found a box of Matzoh Ball mix. Then, I began my witches brew.

I boiled and stirred, I simmered and stirred and to my amazement, the Matzoh Balls came out large and fluffy (my mother would have been jealous); and the soup actually tasted like something my wife would have made. I was very proud of myself. After all, I’d made my wife’s favorite dinner. Soup.

When she came home, my wife’s first words were, “something smells delicious.” I couldn’t have been happier. Until her next sentence. “I hope you’re not making chicken soup.” That’s where “Men Are From Mars, Women Are From Venus” comes to play. My wife was upset that I had taken her joy of making soup and that I had made something I had rejected for dinner just the night before when it was cold but not rainy.

And in the words of Claire Boothe Luce, “no good deed goes unpunished.” I thought I was doing something thoughtful. My wife thought differently. And my wife is always right. I learned that early in our courtship. So, I've learned my lesson. I can make dinner for my wife, but not soup. I need to stick to grilling. If anyone can make spaghetti on a Weber grill, please let me know.

Who knew making soup could get me in such hot water?